Shasta Gets A Package in the Mail 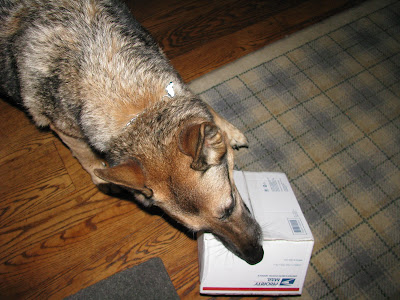 It's not every day or most days that a package arrives via the mail person for Shasta. So we were  surprised when one showed up today .

I had no idea what it might be until I recalled that our friends Sam and Paddy over at Barkzilla had emailed a month or so ago and said they were sending out some Frosty Paws goodies to some of their dog pals. 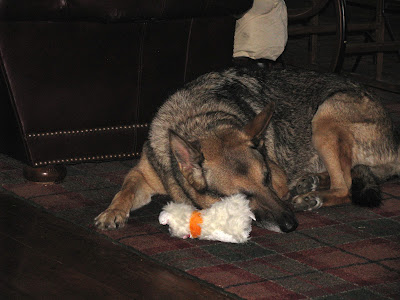 Shasta loves  packages and even opens them, so she got right to it. Inside was a cute Frosty Paws soft toy, that while not a dog toy , she happily took off with . Miraculously the toy is not yet shredded.

So it was a good mail day for Shasta , who was so overwhelmed by her toy ( she hasn't had a new soft toy in ages) that she  was ready to take a power nap.

Posted by The Leashline at 5:02 PM